The Customer is Always Right…….Right?

What a controversy!! I’ll say no more than Sainsbury’s!

For those unaware, a checkout worker at Sainsbury’s recently refused to serve someone because she was on her mobile phone at the checkout. It has sparked an amazing row across social media that has in turn brought with it huge media interest both on television and on the radio.

So What’s All The Fuss About?

I first heard of this incident whilst driving and, since I was on a particularly long drive, I managed to listen to all of what became an hour long discussion. People were ringing in with opposing views and arguing their cases vehemently live on air – it was quite a programme to listen to, I can tell you!

Since that programme, I’ve read a few newspaper articles on the matter and taken in some of the readers’ comments on those articles. There’s no doubting this has split the nation, however the thing that has totally amazed me is the passion, almost venom with which those comments have been made, from both sides! 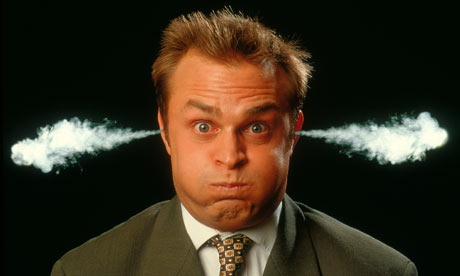 Now, some of the comments I have seen express disbelief that a customer can be refused to be served just because they’re on the phone. One such comment stated that in such a fast moving world, it stands to reason that occasionally people will need to use the phone whilst at the checkout.

The flip side of the argument is that it is common courtesy to give your attention to the checkout worker and to hold a telephone conversation at the same time is rude.

I’m not going to pass judgement here myself, since I dare say there are more facts to be known. That said, I have often blogged about similar things – customer service and the like – so it’s a prime blog-worthy news story as far as I’m concerned.

So, to the matter in question – is it simply a matter of manners? Should the checkout worker get your full undivided attention? Or is it more a case that an acknowledgement is reasonable?

And does it go both ways……how many of you, for instance, have gone to a checkout only to be met with not even a glance from the checkout worker, just in case that broke his or her conversation with their colleague alongside them? Quite a few I would imagine! So is this one rule for one and one for another?

I’m not going to cast opinion as to who is right and who is wrong in this case, save to say that we are all human and manners cost nothing, yet I believe they can make all the difference. As a child, I was told to treat others as I would wish to be treated myself and for me, I live by that rule.

As always, I invite comments – in fact on this topic, I’m hoping for lots!!

The Importance Of Good Customer Service

How To Lose Newly Won Customers

You Never Know When An Opportunity Might Present Itself